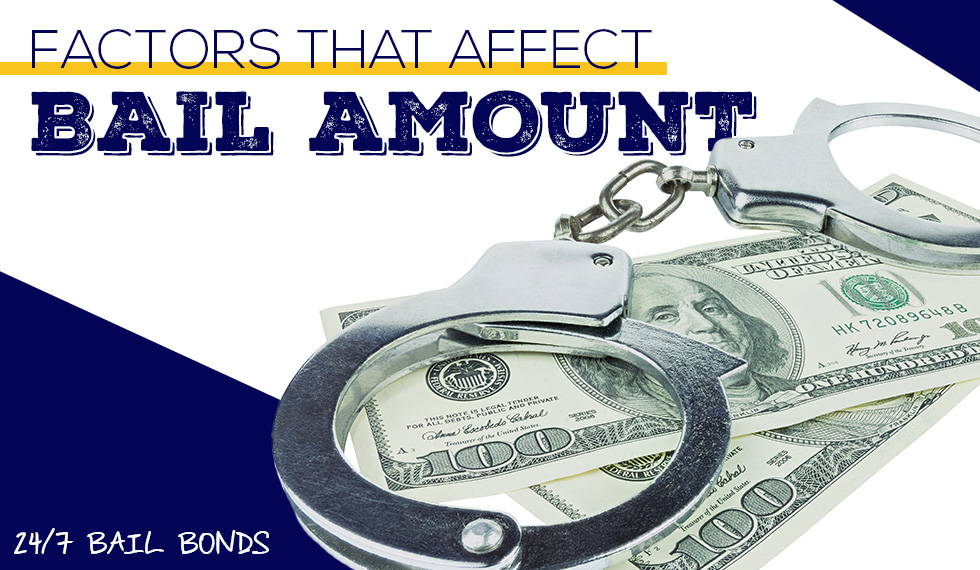 Bail is an amount of money that someone can pay to be released from jail before the date he or she is required to appear in court. The goal is to ensure that defendants are present at their trials while they are released from custody, since defendants who attend their trials will be refunded the bail amount paid. With this goal in mind, judges set bail amounts at their sole discretion. But what factors do judges take into consideration when setting bail?

Severity of the Alleged Offense

Often, if the alleged crime was particularly violent or severe, the judge will set a correspondingly high bail amount. As a general rule, the more severe the alleged crime, the higher bail will be set.

Judges will also consider the defendant’s past actions to determine how high bail should be. Bail will inevitably be set higher for defendants with criminal records than those who have never been convicted of a crime. Bail might be especially high if the defendant was previously convicted of violent or severe crimes.

Likelihood of Fleeing Before Trial

Since bail is intended to serve as assurance that a defendant will appear at his or her required court trial, judges will assess the probability that the defendant would skip that hearing to determine how high bail should be set. If a defendant has missed a required trial appearance before, bail will likely be set high.

Oppositely, if a defendant has close ties to the community, like family, property, or employment, he or she may be more likely to remain in the area while waiting for a required court appearance, so a judge may not set bail high.

In Georgia, hearings to set bail are typically held no later than 48 to 72 hours after arrest. And, in addition to the factors listed above, many judges decide bail amounts using a bail schedule, which lists the most common crimes committed in an area and sets a bail amount based on the crime. Bail schedules could also include higher predetermined bail amounts for those with prior convictions. These amounts vary by county.

Our experienced, courteous bail bonds agents at 24/7 Bail Bonds are always available to help you and your loved ones secure immediate release from jail or detention centers. If you need a bail bond in Bulloch, Bryan, Candler, Effingham, Evans, Jenkins, Montgomery, Toombs, Tattnall, or Wheeler County, call us now. You can also learn more about the bail process at our Bail FAQ page.

Located next to the Bulloch County Jail